Back in 2017 when I was 33, I read Susan Cook-Greuter’s paper ‘Nine Levels Of Increasing Embrace In Ego Development: A Full-Spectrum Theory Of Vertical Growth And Meaning Making’ and recorded a short own-words summary of the stages and my personal reflections on them. I thought people interested in Kegan stages would like to see […] 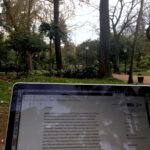 Reaction to: We’re A Niche, We Just Didn’t Know

A few weeks ago an essay by @TheAnnaGat exploded all over my Twitter-Blogger-sphere. It outlined a possible movement of people that she has noticed building. The essay landing, and the reactions, were so exciting that I quit my work contract and returned to full time thinking! Here’s the original essay: https://medium.com/@the_i_i/were-a-niche-we-just-didn-t-know-9561f662e127 And Anna has set […] 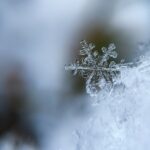 Can we go beyond nations into political fluidity?

Cover Photo by James Walshe Intro: You already know this stuff Sometimes people feel they don’t grasp Postmodernism because they believe it must be complicated, when in fact many parts of it are “obvious”, “normal” or already part of everyday life. We live in a postmodern world and from the end of high school onwards […]

Required reading This post uses a key framework of personal evolution by Robert Kegan.  It is summarised by David Chapman here. This post is in dialogue with, and an expansion on, Chapman’s recent post about moving through stages 3, 4 and 5 in modern society (and the lack of support for it) here. This post will […]

Required reading This post uses a key framework: Chapman’s version of Robert Kegan’s theories of emotional, cognitive and social development, it is summarised here. This post is in dialogue with, and an expansion on, Chapman’s recent post about moving through stages 3, 4 and 5 in modern society (and the lack of support for it) here. […]

Literary reactions to propaganda in a structuralist world

Russian-born American writer Ayn Rand’s early novel Anthem was written and published in Britain in 1936*. The introduction to the revised text written by Ayn Rand that is still used in modern publications of the work was composed in 1946. British author George Orwell’s novel 1984 was written in 1948 and published in 1949. Both of […]

What I Know About Post-Structuralism

Post-structuralism is a branch of contemporary philosophy which sits in our current postmodern context, with its roots in Continental Philosophy (a loose term to describe a wide range of philosophies popular in Germany and France that were in some ways opposed to Anglo-American analytic philosophy in the 20th century) and informed by Structuralism, a philosophy […]